Barack Obama has joined the angel chorus of good righteous Lefties screaming for blood in the shooting death of Trayvon Martin in Florida. Charges of racism have figured prominently, I guess they figured they were on pretty safe ground screaming RAAAACIST!!! at a guy named George Zimmerman. 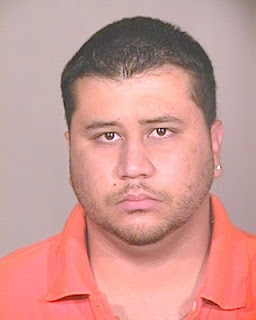 George Zimmerman is Hispanic and grew up in a multiracial family, the statement says.
"He would be the last to discriminate for any reason whatsoever ...," the letter says. "The media portrayal of George as a racist could not be further from the truth."

There are also indications that the media story about what happened could use some work too, because right now they've got Zimmerman shooting this kid after chasing him into somebody's back yard. Even with the "Stand Your Ground" law, something like that is a no-brainer manslaughter charge at the very least. But the cops didn't charge him. So it would seem that yet again, all is not the way Rev. Al Sharpton would like you to believe.

OOPS! Update: well now it seems there's a witness who saw the whole thing, and that's why the cops didn't arrest Zimmerman. Seems that maybe little Trayvon wasn't the innocent victim here, that MAYBE, Ghod forbid, the cops have a clue and are acting as required by law. Who'd a thunk it? This tidbit of information hasn't slowed up the media freakshow of race baiters any, now Jesse Jackson is in on it and Barack Hussein baby is doubling down.
Posted by The Phantom at 1:47 PM