It did not suck! Amazing! Worth the ticket price.

That said, there have been better movies. There were a few clunky bits, and poor old Harrison Ford was on-screen way more than he should have been. The guy just looked tired and sore, particularly compared to the bouncing ball of energy that is Daisy Ridley. That girl was on freaking fire in this flick.
My movie companion was moved to tears when Carrie Fisher came on the screen. It's really sad how old and busted that woman appeared. I hope it was all movie magic, because damn. She moves like it hurts. A lot. Worse than watching Arnold Schwarzenegger try to run. Don't get me wrong, it works for the movie. But it'll make you cry if you're a Princess Leia fan.

Mark Hamill finally looks like a f-ing ancient Jedi ass-kicker ought to look. Age is better to some than others.
Finally, Canadians will laugh when the bad guy takes off his helmet. No spoilers, but you're going to say "Don't I know that guy?"

All things considered, it was everything one expects from a Star Wars movie, without the lameness of George Lucas directing. JJ Abrams got a good performance out of all of them. Well done!
Posted by The Phantom at 1:29 PM No comments: 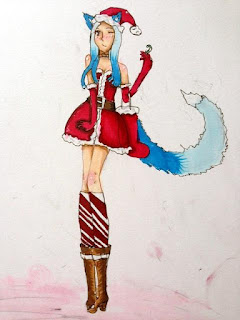 This is the next Lefty scam: water scarcity. 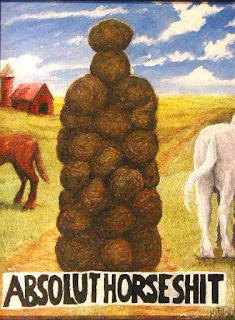 USA Today: Oh Noes! We are running out of WATERZ!!!!

Time is running out for portions of the High Plains Aquifer, which lies beneath eight states from South Dakota to Texas and is the lifeblood of one of the world's most productive farming economies. The aquifer, also known as the Ogallala, makes possible about one-fifth of the country's output of corn, wheat and cattle. But its levels have been rapidly declining, and with each passing year more wells are going dry.
As less water pours from wells, some farmers are adapting by switching to different crops. Others are shutting down their drained wells and trying to scratch out a living as dryland farmers, relying only on the rains.
In parts of western Kansas, the groundwater has already been exhausted and very little can be extracted for irrigation. In other areas, the remaining water could be mostly used up within a decade.


Cue the Greenies, with their hair tearing and garment rending, their sack cloth and ashes, to blame Consumerism for this Crisis.

One question, what group thinks it's a good idea to burn corn as ethanol?

Look for this one to start getting pushed good and hard, as Glowball Warmening begins to falter after the 2016 election.

Yesterday, Obama gave a speech saying that Americans should not be able to buy gun if they are on the "No-Fly" list.

Today, we discover 72 Department of Homeland Security employees are on the "No-Fly" list.

The Phantom
Posted by The Phantom at 2:44 PM No comments:

1) I'm very sorry that people died and were badly hurt because California liberals are afraid of guns. Perhaps if gun-free zones were outlawed this kind of atrocity would be a thing of the past.

"Shares of the two publicly traded gun makers rallied on Monday, a day after President Barack Obama gave a prime-time address calling for a modest reduction in the availability of firearms."

That is about all there is to say, I do believe.

The Phantom
Posted by The Phantom at 2:27 PM No comments:

Further to the SHUT UP!!! they explained post , the FBI 'requests' for information amount to the complete internet history of any named individual, no warrant required.

The Federal Bureau of Investigation has used a secretive authority to compel Internet and telecommunications firms to hand over customer data including an individual's complete web browsing history and records of all online purchases, a court filing released Monday shows.

The documents are believed to be the first time the government has provided details of its so-called national security letters, which are used by the FBI to conduct electronic surveillance without the need for court approval.

The filing made public Monday was the result of an 11-year-old legal battle waged by Nicholas Merrill, founder of Calyx Internet Access, a hosted service provider, who refused to comply with a national security letter (NSL) he received in 2004.

Merrill told Reuters the release was significant "because the public deserves to know how the government is gathering information without warrants on Americans who are not even suspected of a crime."

What's bullshit about this is not that the FBI can get all that without a warrant. No, the true bullshit, the real lie, is that they need to ask. ALL that data plus a lot more is already in NSA databases, and they do share it with the FBI.

The FBI sends these letters to provide a fig-leaf for use in court, not because they require the cooperation of the ISPs and the phone company. They already have your complete web history on call, on a whim. The letters are so they can admit in court to knowing things they are not supposed to be able to know.

SHUT UP!!! they explained.

The process -is- the punishment. Government appealed a court decision to lift a gag order for 11 years, lost every single time. Kept it up anyway. No particular reason, just because they could.

For years after receiving a national security letter from the FBI, he was an anonymous litigant and unnamed op-ed writer, barred by a gag order from revealing that he had received a warrantless demand for customer information. Now, Nicholas Merrill's gag order has been lifted in full, and – apparently for the first time – an NSL recipient can speak openly without fear of punishment.

Merrill, owner of now-defunct Calyx Internet Access, provided Internet service to about 200 customers when he received the order in February 2004. He refused to turn over the records of the targeted customer and went to court with American Civil Liberties Union representation.

Merrill won the right to identify himself in 2010, but could not say what the ultimately withdrawn letter said. In August, a federal judge ordered the associated gag order lifted, with a 90-day pause to allow the Justice Department time to appeal, which it chose not to do.


I'd be fascinated to know how much that cost, and exactly who thought that expenditure was reasonable. Like, with names and faces.

The Phantom
Posted by The Phantom at 9:16 AM No comments: