Gee, it seems that the military of the USA are not a bunch of mindless myrmidons after all. Speaking off-off-off the record, some guy who ought to know said this:

"I can't believe the president is even considering it," said [one] officer, who like most officers interviewed for this story agreed to speak only on the condition of anonymity because military personnel are reluctant to criticize policymakers while military campaigns are being planned. "We have been fighting the last 10 years a counterinsurgency war. Syria has modern weaponry. We would have to retrain for a conventional war."

Apparently there's a whole lot of this kind of leakage going on right now. Including from the spook contingent, who are busily saying this chemical attack thing is very questionable, not the "slam-dunk" Barry has been speechifying about.

"They need to shut the f--k up," said a former administration official. "It's embarrassing. Who ever heard this much talk before an attack? It's bizarre."

Well no, actually what it is Mr. Ex-admin dude is PAYBACK. Budget cuts, public disrespect, petty bureaucrats using the Air Force as their personal travel service, letting guys get killed in Benghazi and then -lying- about it, letting whole SEAL teams get shot out of the sky due to bad security and then crapping on their parents and children publicly, using the Veterans Administration Hospital system to seize firearms from vets, not to mention Rules Of Engagement that have US soldiers fighting blindfolded with one arm tied behind their backs. Et cetera.

Yes friends, payback can be a stone beeotch. And payback from a bunch of spooks and professional asskickers, that could be... unprecedentedly beeotch-like.

I have no information on such a thing of course, being just some guy in rural Ontario. But given the kind of people spooks and SEALs are, and given how bad Barry has pissed them off, I can imagine some guys setting up a big ol' military propeller aircraft in front of a huge manure pile. I bet there's a couple front end loaders too. Call me crazy, but I'd say Barry's teflon suit is going to get a workout the next couple of years.

The Phantom
Posted by The Phantom at 12:15 PM 2 comments:

Why does the Left love gun control?

Because really, it isn't good for anything else.

Note to Christians and home schoolers generally, Germany has really -good- gun control. Might want to think about that a little bit.

Update: From SDA, this offering from BC Ministry of Education and Coquitlam School District. Because as we know, everything European is the model for how us bass-ackward Canadians should be doing things.

Someplace in Texas, George W. Bush is laughing his ass off today. Or he would be, if he were a goof like John F-in' Kerry.

The Phantom
Posted by The Phantom at 8:27 PM 4 comments:

This is not at all alarming.

Garbage cans that track your cellphone as you walk by. I kid you not.

The City of London Corporation has asked a company to stop using recycling bins to track the smartphones of passers-by.

Renew London had fitted devices into 12 "pods", which feature LCD advertising screens, to collect footfall data by logging nearby phones.

Chief executive Kaveh Memari said the company had "stopped all trials in the meantime".

The corporation has taken the issue to the Information Commissioner's Office.

The action follows concerns raised by privacy campaign group Big Brother Watch, after details of the technology used in the bins emerged in the online magazine Quartz.

Somebody thought this would be an ok idea for a city-owned service. Somebody needs to be FIRED and never work in government again, IMHO.

Pull the battery out of your phone unless you're talking on it.

Usually I don't care a rat's patootie what famous entertainers say, but in this case I'm going to make an exception. Proving once again that even a blind pig (or Lefty) can find the odd acorn, Bono says:

"Aid is just a stopgap. Commerce [and] entrepreneurial capitalism take more people out of poverty than aid. We need Africa to become an economic powerhouse."

Also the article says Bono is an admirer of C.S. Lewis.

Too soon old and too late schmart, eh Bono?

No word on whether U2 will be cut from radio stations across the world for falling off the Lefty band wagon. 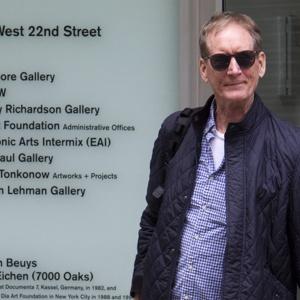 Here's a picture of the "artist". If you see him, take a picture of yourself punching him in the face. I'll post them all here. Because hippy punching  Art is never wrong.

Squares are the new rebels. Saddle up.

Its official. Hetero-norm relationships, traditional nuclear families and personal honor are the new "edgy". Homo-fruitbat erotica just hit the bottom and bounced like a dead cat. Behold the end:

By portraying Batman as openly gay, Mancassola has made explicit leanings which have been tacit throughout the character's comic book and screen history.

Grant Morrison, who wrote Batman stories for DC Comics, claimed that "he's intended to be heterosexual, but the basis of the whole concept is utterly gay".

This is a bridge too far for the Gay Brigade that's marching through our social institutions these days. If your average plaid fedora wearing hipster (and Grant Morrison is extremely average) can't see a man and a boy next to each other without thinking "fags!", then the die is indeed cast for a new social revolution. These artsie turd brains can't even entertain the possibility of a hetero mentoring relationship. Doesn't even occur to them. Why would two males be together for anything other than kink? What are young boys for if not... that?

Gay kink is now artistic normal. Meaning its all over, Nancy. You're not the rebel anymore. Now you're The Man.

From here on an artist won't be able to step outside the mainstream culture of the art world, not in print, video, audio or painting, without challenging the Left/Gay hegemony. Young starving artists, the next generation of Grand Masters, will be forced to eschew Modernism, Post Modernism, and the current Post Post Post Gay Post Modernism Irony schlock being served up to depict the one thing that's completely socially unacceptable: the WASP Christian nuclear family.


To my mind about the most transgressive thing you could come up with right now would be The Pietà. Or maybe Norman Rockwell. Look for it coming soon to a riot near you. Hint, it'll be what the Lefties are going apeshit about.

This is the other shoe we've been waiting for, a federal agency caught red handed using NSA data to bust other-than-terrorist knobs, and then lying about where their intel came from. In court, no less.

WASHINGTON (Reuters) - A secretive U.S. Drug Enforcement Administration unit is funneling information from intelligence intercepts, wiretaps, informants and a massive database of telephone records to authorities across the nation to help them launch criminal investigations of Americans.

Although these cases rarely involve national security issues, documents reviewed by Reuters show that law enforcement agents have been directed to conceal how such investigations truly begin - not only from defense lawyers but also sometimes from prosecutors and judges.

The undated documents show that federal agents are trained to "recreate" the investigative trail to effectively cover up where the information originated, a practice that some experts say violates a defendant's Constitutional right to a fair trial. If defendants don't know how an investigation began, they cannot know to ask to review potential sources of exculpatory evidence - information that could reveal entrapment, mistakes or biased witnesses.

Shock and surprise? No. Because there was never any chance the NSA would have a record of EVERY PHONE CALL IN AMERICA but the DEA and the FBI and the CIA and every son of a beeotch down to the Forest Service and the Dept. of Education wouldn't be getting their noses in the trough too.

Same for Canada, my friends. Time to unplug yourself while conducting important business is -now-. No more email, Facebook, Twitter to the mistress, no more leaving the battery in your cellphone while visiting anyplace you don't want Big Brother and all his friends to know you went. No more credit cards or cellphone transactions once you get there. This may not be only for clandestine visits to the local strip club, but may include visits to the mall, the supermarket and McDonalds.

Because who the hell knows if the Ministry of Health is monitoring your eating habits, the better to decide if you get any treatment in our single-payer health system. With ubiquitous surveillance of cellphone data, license plate tracking and credit card information, they can do that. Really. And worst of all, they can do it -cheap-.

"So sorry Mr. Phantom, you have exceeded your monthly allowance of poly-unsaturated fats. No knee replacement surgery for you."