"E.O. Wilson was called 'Darwin's natural heir,' and was known affectionately as 'the ant man' for his pioneering work as an entomologist," the foundation wrote. It did not cite a cause of death but said a tribute to his life was planned for 2022.

In addition to groundbreaking work in evolution and entomology, in his later years Wilson spearheaded a campaign to unite the scientific and religious communities in an odd-couple pairing he felt presented the best chance to preserve Earth.

Here we are in 2021, soon to be 2022, and the workings of the Woke History Machine can be seen in this great man's obituary. And he was great. According to the article he discovered 400 species of ants, and discovered how ants communicate by scent trails. An amazing body of work.


Among Wilson's most controversial works was 1975's "Sociobiology: The New Synthesis" in which he wrote that all human behavior was a product of genetic predetermination, not learned experiences. By coming out in favor of human nature over nurture, he set off a firestorm of criticism, with his harshest opponents accusing him of being racist and sexist.

One protester threw water on Wilson while he was speaking at a conference as others chanted, "Wilson, you're all wet." It was, Wilson said later, a matter of pride for him that he was willing to pursue scientific truth despite such attacks.

This was the first real occurence of the Cancel Culture really asserting itself in the universities. Leftists love the blank slate idea of humanity, the "Tabula Rasa" upon which anything can be written. Because they want to write Communism on it, of course. "Give me four years to teach the children and the seed I have sown will never be uprooted." —Vladimir Ilyich Lenin

Wilson threatened their narrative with some inconvenient facts, so they tried (and failed) to make him shut up by calling him a racist.
Some appalling dickhead at Reuters decided that Wilson was all-in with the racists, which is a pernicious lie. Once upon a time in my youth I wrote a monograph on "Sociobiology: The New Synthesis". Which among other things means I read the book. None of these "Wilson was a RAAAACIST!!!" assholes have read it, I can tell you that.

What Wilson did was go through the animal kingdom and show that at all levels, from invertebrates to mammals, animals have a set of behaviors that they use to succeed in nature. What he said was that Humans clearly have behaviors that are genetically determined. As in, there is a Human nature. Not that all of human behavior is genetic programming, making us meat robots. That is what a collection of Leftist idiots accused him of saying.

As Roger Penrose went on to demonstrate mathematically in "The Emperor's New Mind", all of human behavior cannot be predetermined. It is impossible. Humans constantly do things that exceed what predetermined algorithms are capable of. Ants and bees, as Wilson brilliantly showed, do things by genetically transmitted programs. Humans also have those programs, but humans can often exceed them and skip right to the end to find the prize. (Some people do this more than others, witness the NPCs slavishly following the Party line.)

So, all things considered, you're going to read a lot of crap about E.O. Wilson that is simply not true. Because lying liars lie.
Posted by The Phantom at 12:21 PM No comments: 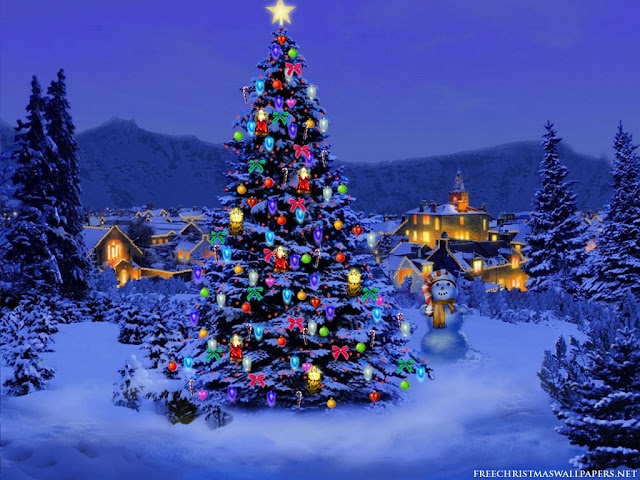 It is revealed at the wretched hive of scum and villainy  that is China Mike's Vile 666, that defaming author Jon Del Arroz a racist has cost the World Convention of Science Fiction over $100,000 in court costs, payments to the plaintiff and legal fees. Today, special one-time-only deal, I'm including links to the wretched hive. This is just too juicy.

Worldcon 76's financial report to the DisCon III business meeting agenda shows that the 2018 Worldcon incurred another $91,565.00 of legal fees this past year defending the suit brought by author Jon Del Arroz. And the cumulative cost? "Counsel has recommended we not go into deep money talk about the case, but I can say we spent well over $100K," says Chair Kevin Roche.

Worldcon 76 and Del Arroz announced in June 2021 they had settled the suit shortly before it was scheduled to go to trial. Del Arroz had sued San Francisco Science Fiction Convention (Worldcon 76) for banning him from the 2018 convention held in San Jose, and for statements made in the public announcement of that decision. An earlier court decision had disposed of all grounds for the suit except one. "At the end, the only claim which would have gone forward to trial was the 'defamation as racist' claim," said Roche.

They settled because of the likelihood that their claim of racism would not be found supported by the evidence. Jon Del Arroz may be many things, but a racist is not one of them.
So there you go, Wokesters. Play stupid games, win stupid prizes.
In other news of the Vile, we discover that WorldCon is welcoming lots of new members from Communist China.

For contrast, Australia has 107 total members and Canada, which people can actually drive to the convention from, has 249. The USA only has 4437.
Which is interesting to me, because given the unholy uproar around the Sad Puppies Campaigns where the WorldCon assholes actually changed the voting rules to keep Conservatives out (not to mention blowing $100 grand on legal fees to keep Jon Del Arroz out), China Mike and company seem pretty happy to have new members from the totalitarian slavery-and-murder state of Communist China.
To wit (names changed to protect me from idiots, go look for yourself if you want to see):
Comment from K- 800+ late supporting memberships from China will very, very likely carry the day for Chengdu.
Comment from RL- If China wins, do we expect another Chinese bid for 2025?
Comment from China Mike- RL: When did you become the inventor of conspiracy theories?
Comment from RL- Hi Mike. It's a fair question, actually. If a Chinese bid can win a Worldcon bid in North America, winning another while they're also hosting would seem easy peasy. If you really think that's a conspiracy theory then you're flat out wrong.
Comment from China Mike: RL: Stop making stuff up.
The comments continue in that vein, two people mentioning that the PRC is a totalitarian slave state and more people ganging up to shout them down.
Important side note, Chengdu, which has a WorldCon hosting bid in for 2023 happens to be the site of one of those forced labor slave sites that the People's Republic is runnninng these days.
So there you go. We Puppy-Adjacent types call him China Mike because he outed himself as getting most of his traffic from China, we all assumed those were Chinese web crawler bots. Could be they were all PRC officials running a sock-puppet operation. Time will tell, I'd say.
As far as WorldCon goes, it's been a shambling Leftist political zombie for a long time. If I'm charitable since the mid-1990s, arguably since the 1970s. Watching it be swallowed whole by the Chinese Communist Party with the active connivance of its own members and leadership is going to be pretty interesting, in a Hindenberg sort of way. It's horrible, but you can't help enjoying the sight of those swastikas burning.
Posted by The Phantom at 2:21 PM No comments:

The CBC has noticed the cops killed somebody outside Ottawa or Toronto. They're actually updating the story!

Well gee, the CBC seems surprised that a cop who shot somebody won't talk to the cops about it. Making a big deal about it.

That's good, because this is a big deal. No-knock warrants, no coordination with OPP, the raided family doesn't get a copy of the warrant, four rounds into an old geezer, it's a big deal.

As to why the cop won't talk, that's because lawyers always tell you it is a mistake to talk to the police. Even cops don't talk to the cops.

We continue to hear nothing of any substance, and can look forward to hearing nothing for the foreseeable future. Welcome to Canada, where perps have rights and victims don't.
Posted by The Phantom at 1:09 PM No comments: