Your Mac does not belong to you.

I've been on this warpath for a long time. But it bears repeating that if you own an Apple product, that device PHONES HOME.

It turns out that in the current version of the macOS, the OS sends to Apple a hash (unique identifier) of each and every program you run, when you run it. Lots of people didn't realize this, because it's silent and invisible and it fails instantly and gracefully when you're offline, but today the server got really slow and it didn't hit the fail-fast code path, and everyone's apps failed to open if they were connected to the internet.

Because it does this using the internet, the server sees your IP, of course, and knows what time the request came in. An IP address allows for coarse, city-level and ISP-level geolocation, and allows for a table that has the following headings:

Apple (or anyone else) can, of course, calculate these hashes for common programs: everything in the App Store, the Creative Cloud, Tor Browser, cracking or reverse engineering tools, whatever.

Yeah. Long story short, anybody with the right kit can track exactly what you're doing with your Apple product, be it a Macbook, an iPhone, iPad, whatever. And they know where you logged on, for how long, what programs you used, etc. And the right kit? It's cheap. Under a thousand bucks kind of cheap.
Similarly, we've known for a long time that your Android devices also phone home. And your PC if you're running Windows. That's just the obvious stuff that we know about. I don't think it is too tinfoil hat in this day and age to wonder if that's just the tip of the iceberg.
But that is all old news. 2014ish news. What's new?

Now, it's been possible up until today to block this sort of stuff on your Mac using a program called Little Snitch (really, the only thing keeping me using macOS at this point). In the default configuration, it blanket allows all of this computer-to-Apple communication, but you can disable those default rules and go on to approve or deny each of these connections, and your computer will continue to work fine without snitching on you to Apple.

The version of macOS that was released today, 11.0, also known as Big Sur, has new APIs that prevent Little Snitch from working the same way. The new APIs don't permit Little Snitch to inspect or block any OS level processes. Additionally, the new rules in macOS 11 even hobble VPNs so that Apple apps will simply bypass them.

Yeah. They're really quite interested in making -sure- to get all that data. They're going to get it whether you like it or not. The only thing you can do to stop this now, on a Mac, is run a network packet filter and stop all the packets headed for certain addresses. That's a whole computer stuck between yours and the Great Outdoors running a package like Smoothwall or similar. I don't know how to do that, but I may have to learn, or so it seems.
Given the raw political partisanship on display these days from Apple, Google and Microsoft, at both the corporate level and at the individual employee level, this is no longer a minor matter. Just sayin'.
The Phantom
Update! It develops that Google Android phones use your cellular data to call home if there's no wifi. 16 times an hour. 130MB per month. Doesn't sound like much, until you compare that to the complete works of William Shakespeare: five (5) megabytes of uncompressed text.
Best part, they don't tell you that they're doing it, and you can't shut it off.
Some enterprising lad is suing them. I wish him good fortune.
Posted by The Phantom at 6:20 PM 8 comments: 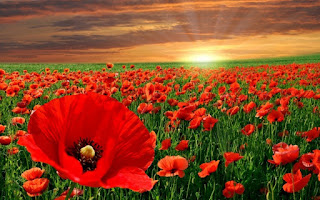 Posted by The Phantom at 9:34 AM No comments:

American election day, I'm taking the day off from yelling.

My comment today on the Trump VS Biden hoorah is that y'all Americans have never got this wound up about an election before, and I think it's a sign you have far too much government. I mean, if there's this much riding on an election (and there is my friends, there really is) then government has become much too big a deal.
As a Canadian, I don't get to have an opinion on what you should do. Of course I do have an opinion, and pretty obvious what it is, but just for today I'm going to shut up and not scream like everybody else is.
It's a free country. Go do what you think is right. I'll still be here tomorrow (knock on wood) with my damn opinion, and I'll certainly let you know if I think you made a stupid decision. ~:D
The Phantom
Update!: Well here we are, it is Wednesday morning at 9:40am, and there's "no decision" yet. Trump seems to be leading in 277 electoral districts, but I guess we'll have to wait for the Democrats to "find" all those fake votes they've got stashed away.
News on the necromancy circuit is they've got every dead human and dead dog since 1776 voting Dem. Dead cats are undecided but leaning Left.
Dear Americans, you people have allowed a political faction to fuck over your elections process to the point where a legitimate decision can't be made on the day of the election. You've gone back to a time before the telephone was invented. You should probably fix that, in my opinion.
Posted by The Phantom at 11:36 AM 7 comments: