This is what gets Republicans/Conservatives beat every time.

Broad category of "enforcing moral behavior", here's a Republican pursuing the time honored tradition of nuisance regulations. In this case its the regulation that's the nuisance, not the behaviour.

A former city councilwoman in Asbury Park is admonishing beachgoers to put on a shirt when they're on the boardwalk.

Louise Murray says it's the law.

A Monmouth County ordinance banning people from wearing bathing suits on the boardwalk was passed more than 40 years ago but has largely been forgotten. It says: "No person clad in bathing attire shall be on the boardwalk or the public sidewalks adjacent thereto."

And for what reason is the EX-council harpy banging on this?

"Do you really want to be sitting in a restaurant and seeing somebody come up half-dressed? We all can't be Sports Illustrated and we all can't be GQ's," Murray said. "I had my day, the window's obviously closed, but even at my best day I never walked in a bar in a bathing suit."

This appears to be somewhat disingenuous of Ms. Murray. From the comments:

I love a nice bikini on a young lady just as much as the next guy but, the ban is needed in this cesspool of moral decay!  We went to the Stoned Pony last summer for a concert and was repulsed by all the queers walking around in speedos and string bikinis.  They think they look so hot but they are nothing but side show freaks.  Asbury Park has become a disgusting town.  It's a damn shame.  And these self-degrading, soulless beings have the nerve to talk about pride!  They've ruined Asbury Park and want the same for the rest of the country.  You want to walk around half naked open a private pool.

In other words, you can't take your kid to the beach in Asbury Park because you're going to hear her say "Daddy, what's that man doing to that other man?"

Now, normally a restaurant/bar will just post a sign that says "No shirt, No Shoes, No Service" and maybe post a muscular young man or two at the door to point out the sign to the more persistently blind unclad patrons.  But in this case they all phoned up Harpy Murray so she could make some noise and save them the cost of hiring a bouncer.

The problem with this is that it is EXACTLY THE SAME THING DEMOCRATS DO. Republicans repudiate their claim to believe in a free country when they do this kind of thing. If there's only a choice between two flavors of tyrant, obviously most people are going to vote for the one that gives away free stuff and promotes sex on the beach. They want the fun boss, not the grinch. Duh, right?

Conservatives win with SMALLER GOVERNMENT. Conservatives win by backing up the right of an outraged parent to chastise lewd behavior on the beach in front of his/her kids. They don't win with Nanny regulations. That's the DemocRat's schtick.

The Phantom
Posted by The Phantom at 9:28 AM No comments:

Droid Army of the Republic: New map of bases. There's more of them than you thought.

Wired has a new map of US drone bases. 64 of them. Public Intelligence blog has a nice listing of what's where.

Here's a site where you can compare the names on the list to pictures of the UAVs: Unmanned Warfare. 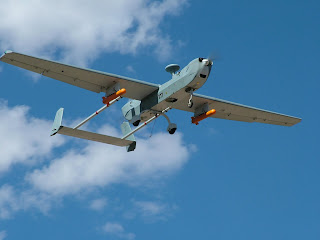 Can't tell the players without a program. 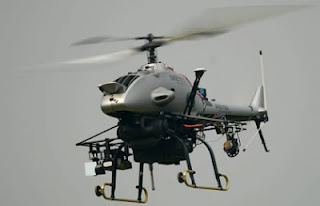 From our bulging, groaning, "How Far Will They Go?" file...

The board hand-picked by Mayor Michael Bloomberg that must approve his ban of selling large sugar-filled drinks at restaurants might be looking at other targets.

The New York City Board of Health showed support for limiting sizes of sugary drinks at a Tuesday meeting in Queens.  They agreed to start the process to formalize the large-drink ban by agreeing to start a six-week public comment period.

At the meeting, some of the members of board said they should be considering other limits on high-calorie foods.

One member, Bruce Vladeck, thinks limiting the sizes for movie theater popcorn should be considered.

"The popcorn isn't a whole lot better than the soda," Vladeck said.

Another board member thinks milk drinks should fall under the size limits.

"There are certainly milkshakes and milk-coffee beverages that have monstrous amounts of calories," said board member Dr. Joel Forman.

Mayor Bloomberg says the drink rules are an attempt to fight obesity in the city.  It would limit food service establishments in the city from serving drinks bigger than 16 ounces but would allow refills.

The New York City Restaurant Association is fighting the proposal and is considering legal action of it goes into effect.

History not being well taught in our schools these days, I should mention that Adolph Hitler didn't start out with cattle cars full of Jews and Gypsies. Old Adolph got his start in HEALTH POLICY, and one of his first restrictions was where people could smoke. After that he branched out into healthy food and exercise, camping groups for boys (the Hitler Youth) and other wholesome pursuits.

How far will they go? As far as we'll let them. Really.

The Phantom
Posted by The Phantom at 11:10 AM No comments:

First, this gigantic flying thing from Boeing that's supposed to be able to stay up for four days.

A massive experimental drone designed by Boeing Co. engineers to fly for up to four days at a time completed its first test flight above the Mojave Desert at Edwards Air Force Base.

The drone, called Phantom Eye, and its hydrogen-fueled propulsion system have the potential to vastly expand the reach of military spy craft. The longest that reconnaissance planes can stay in the air now is about 30 hours.

With a 150-foot wingspan and an egg-shaped fuselage, the drone was built at Boeing's Phantom Works complex in St. Louis with engineering support from its facilities in Huntington Beach. The drone is designed to spy over vast areas at an altitude of up to 65,000 feet.

There's the Pirate Bay's answer to how they can keep their server locations secret. Three of these aircraft could cover seven days a week, keeping a mobile server truck/boat/tardis hooked up to the Internet with untraceable tight beam communications. That's what Boeing wants to sell it to the Army to do as well no doubt, instant battlefield wi-fi hookup. Or just to look in some guy's bedroom window for four days straight, it could do that too.

Next, CBS Los Angeles has some news weenie who looked into the drone thing a bit. He says he has evidence that the US Air Force has been doing drone operations and sharing information with federal state and local law enforcement.

What has critics alarmed is that data collected by drones accidentally, under the guidelines, can be kept by the military up to three months before being purged and can also be turned over to "another Department of Defense or government agency to whose function it pertains."

All that means that if some flying eyeball "accidentally" sees something in your yard, the cops don't need a warrant to get it and use it in court. Fun, eh?
Oh, and the same article has this bit of news:

Drone manufacturers are gearing up to pitch an estimated 18,000 police departments in the U.S. on the benefits of flying drones.

Many law enforcement agencies in Southern California — including the LAPD and Los Angeles County Sheriff's Department — are evaluating the usefulness of drones in the greatly restricted and highly congested airspace that surrounds the L.A. basin.

Because California is broke, and helicopters are expensive, guess what the decision is going to be? Go ahead, guess.

Next, the EPA has been using drone aircraft to spy on... wait for IT... cows. No shit, they're spying on cows.

This revelation elucidates something I wrote about last month, that the listed drone sites in the continental USA are not where one would think they'd be. Because there's a lot of them in big, flat farm states. Like there's two in Kansas, where nothing ever happens. Well, this apparently is one reason why those sites are out there in Flyover Country. So the EPA can troll the countryside looking for farmers to bust. Isn't that an awesome use of tax money? Because you know, farmers are like totally rolling in dough the EPA can fine out of them, right?

Finally, the Daily Mail wants to know what the mother of all frickin' drones, the X-37B unmanned space plane has been doing in orbit for almost a year. The experimental Boeing X37-B has been circling Earth at 17,000 miles per hour and was due to land in California in December. It is now expected to land in mid to late June.

Last May, amateur astronomers were able to detect the orbital pattern of the first X-37B which included flyovers of North Korea, Iraq, Iran, Pakistan and Afghanistan, heightening the suspicion that the vehicle was being used for surveillance.

Other industry analysts have speculated that the Air Force is just making use of the X-37B's amazing fuel efficiency and keeping it in space for as long as possible to show off its credentials and protect it from budget cuts.

My guess: with Obama calling the shots they've been spying on cows in Nebraska. From orbit.