Propaganda has become strange in the new Millennium.

Given this SUN article from Britain, it appears that the deaths of tens of thousands is simply not enough to get the public's dander up against a murder regime. What you really need is pictures of the North Koreans being mean to bears. 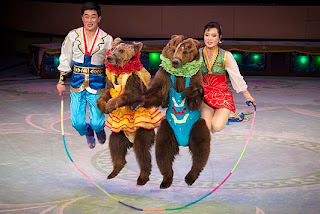 The OUTRAGE! Oh the Humanity!

Glum muzzled bears are put through humiliating routines walking on two legs or on skates for an audience of mostly soldiers.

Secretly filmed during our week-long stay in the Communist state, the show highlighted the brutal mindset of the ruling classes.

Because pictures of starving women and kids are so last century, know what I mean? You want to make the Norks look BAD, you gotta use fuzzy animals.

Deathless prose of the day. 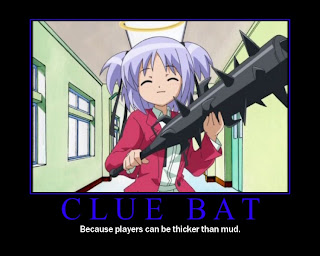 "Read, if you can stand it, Derrida, Lyotard, Deleuze. You'll probably like them; I don't. It has nothing to do with skepticism but with the location of the power to define reality. Postmodernism rejects realism and inserts man as the agential power of defining reality. I prefer Aristotle and Peirce."

Now that my friends is what I call a cluebat. That is the best single sentence encapsulation of PoMo I've ever seen. Commenters are encouraged to try and top it, but your work is cut out for you.

ET, your kung-fu is strong.

The Phantom
Posted by The Phantom at 11:30 AM No comments:

Looks like Big Drone is having its profit margin cut into by all the uproar from us stoopids who don't want the Eye In The Sky staring in our windows. They say they're going to have a propaganda campaign to counter all the bad publicity.

In the aftermath of conservative columnist Charles Krauthammer's observation that the first person to shoot down a surveillance drone on U.S. soil will be a "folk hero," the drone industry has committed itself to launching a propaganda blitz aimed at bombarding the public with positive messages about the technology.

That's from Infowars, a pretty right wing site. But he's quoting a piece from Salon, a major Left-wing site. Here's what they said:

Stung by mounting hostility from the left and right, America's drone industry is fighting back.

"We're going to do a much better job of educating people about unmanned aviation, the good and the bad," said Michael Toscano, president of the Association of Unmanned Vehicle Systems International, the industry's trade group in Washington. "We're working on drafting the right message and how to get it out there."

The P.R. blitz comes after drones suffered a round of negative attention last week. Conservative columnist Charles Krauthammer called for a ban on drones in U.S. airspace, and two other conservative commentators endorsed the idea of shooting down unmanned aircraft flown by U.S. law enforcement agencies. (Opposition to the U.S. government's deployment of unmanned vehicles had previously come from left-liberal groups concerned about civilian casualties in the drone war in Pakistan and potential threats to civil liberties at home.) The nation also witnessed drone "scares": An unidentified flying object nearly collided with a plane over Denver, and rumors circulated of a surveillance drone flying near the NATO summit in Illinois.

I think UAVs are an awesome thing for soldiers to have on hand when fighting a war. The ability to fly into heavy air defenses, inside buildings, to loiter all day until your target appears, these are excellent things for soldiers.

Weapons of war being used by police to keep civilian populations in line, that's a different story. That never turns out well.  If the cops want to fly over things, use cameras to snoop, hand out traffic fines, shoot missiles at things, let them use a frickin' airplane.

The Phantom
Posted by The Phantom at 8:56 PM 4 comments:

In Communist Britain, TV watches you.

The U.K. Home Office stresses it won't be reading the content of every Britons' communications, saying the data it seeks "is NOT the content of any communication." It is, however, looking for information about who's sending the message and to whom, where it's sent from and other details, including a message's length and its format.

The proposal, unveiled last week as part of the government's annual legislative program, is just a draft bill, so it could be modified or scrapped. But if passed in its current form, it would put a huge amount of personal data at the government's disposal, which it could use to deduce a startling amount about Britons' private lives - from sleep patterns to driving habits or even infidelity.

Because the new proposed rules require telecoms and ISPs to record and store all your on-line and telephone activity. The message itself is not recorded, but the sender, receiver, time and location are. Target stores can figure out if your teenage daughter is pregnant just from what she bought at their store, so there's really nothing at all about you that a determined data mining of ALL your online activity couldn't turn up.

Which is utterly useless for catching criminals/terrorists before they do something. But it is awesome for rounding up all the friends and relatives of somebody who pissed you off.

This country is starting to seriously piss me off.

Ottawa police are investigating how an elderly victim of a vicious attack in his home ended up spending 75 days in jail after calling 911 for help.

Marian Andrzejewski, 74, called 911 after two men broke into his Ottawa apartment in October 2010, robbed him and punched him repeatedly.

But instead of getting help, Andrzejewski was scolded by the dispatcher when he struggled to communicate in broken English and ended up in handcuffs himself when police finally arrived.

But hey, after the old guy spent 75 days in jail he was acquitted of all charges and set free, so its all good right?


Andrzejewski said he is relieved to be cleared of any wrongdoing and is glad to have his life back.

"Ottawa police are investigating..." Heads need to roll on this one. Starting with the 911 beeotch. This is Soviet level bullshit. And they need to pay that Andrzejewski guy money. $1000 bucks a day for every day he was wrongly held sounds reasonable to me, to be paid by every incompetent son of a sea cook who made this happen. Oh, plus all his legal fees. Doubled, with interest.


Bill C-30, also known as the lawful access legislation, would allow police to compel Internet service providers to cough up identifying information about anyone using the Internet.

The authorities would not be able to track a person's activity on the web without a warrant. But they could find out whose name is attached to an IP address without that warrant, and without the person's knowledge or consent, which is why both the federal and provincial privacy commissioners strongly objected to the bill as an unjustified violation of privacy rights.

Many Tory MPs are also said to be unhappy with the bill. They wonder why the government would abolish both the mandatory long-form census and the long-gun firearms registry in the name of privacy rights, and then violate those same rights with a bill that lets the government snoop on people who go online.

Yeah, well the reason those CPC MPs are unhappy, over and above their own moral codes, is because a zillion guys like myself phoned them up and said "WTF dude? You going to spy on my surfing? Why the hell did I vote for you then, I could have just voted Liberal!!!"

This fact is quietly ignored in the Blob & Snail piece I quoted above. They're trying to make it all about Vic Toews so as to damage Harper. Because to them everything is an attack on Harper. That's all they do, attack Harper.

What this is, rather than an opportunity for a cheap political shot, it is evidence of the Conservative Party listening to the people who voted for them instead of the pecker-head apparatchiks in the Federal civil service who wrote that bill to serve their own purposes. We win one, they lose one.

Awesome.  Lets see some more of this.

Posted by The Phantom at 9:43 AM No comments: 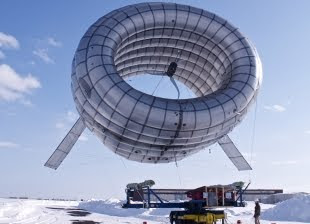 This is SO cool. Its a helium balloon shaped like a stack of donuts with a windmill in the hole. The big brag is they can loft this thing (scaled up to Hindenburg size) and generate megawatts of steady power from higher altitude winds.

Why is the Phantom Windmill Hater talking about windmills today? Out of character I agree, but bear with me. :)

Remember this bit about the Pirate Bay wanting to get their servers or at least a gateway out of reach from snarky gummint employees? How about a self powered balloon deployed out of a truck, or better yet off a boat? One such machine floating in the middle of Lake Ontario on a 1000 ft kite string could take traffic from 20 to 30 miles in all directions.

This one here looks like a one or two man operation, float it off a pickup truck/snowmobile/kayak what have you for when you want to be -small-. 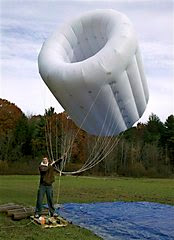 Need cell phone service Right Now due to natural disaster or bad behavior? Fly one of these things and have instant communication powered by the breezes wherever and whenever you want.

Outside the box, baby.

Cards and letters DO make a difference!

Of late there has been news that Ontario is requiring gun dealers to keep records of who they sell to and what was purchased. Its a gun registry with the retailers stuck paying the cost for it. Meaning customers actually pay. And its -illegal-. And the province is doing it -anyway-.

I and many others got on the phone and email to MPs and MPPs, and said (essentially) "What fresh hell is THIS? Did you people kill this thing or not?"

Well, today the CPC regime fired a round across McGuinty's bow.


RCMP Commissioner Bob Paulson reminded the firearms officer in a letter this week that the passage of the Ending the Long-Gun Registry Act leaves no doubt about Parliament's intention to stop that type of compilation of information about gun owners.

"I instruct all chief firearms officers to ensure that the licensing conditions you impose on business records pursuant to the Firearms Act do not facilitate the creation of long-gun registries in your jurisdictions," Mr. Paulson wrote.

Mr. Toews sent a letter sent Tuesday to all provincial chief firearms officers, saying the collection of point-of-sale data is no longer authorized under the Firearms Act.

He asked the RCMP to notify him "immediately" if they hear of chief firearms officers engaged in "unauthorized data collection."

And that my friends is called Action. In and of itself it isn't much, but I'm actually kind of surprised in a pleasant way that the CPC acted this quickly and publicly. It means they HEARD from y'all, and they are moving on it. If they keep on hearing about it they will keep on moving.

I for one am not going to shut up.