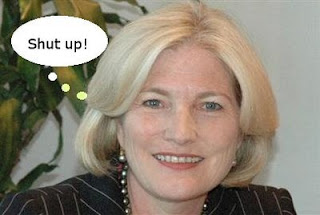 Update! Welcome, Blazing Cat Fur readers. Try not to set the Chesterfield on fire, eh?
Posted by The Phantom at 5:32 PM 5 comments:

My former stomping grounds in Arizona have had the first June under 100F since 1913.

Understandably, no one is complaining.  ~:D

Maybe, just MAYBE mind you, racism looks like this.

A 26-year-old convenience store clerk was shot and killed in broad daylight in Gary, Ind., and police say witnesses stood by and did nothing.

Police say there were several customers walking around the store after the crime. But only one called 911 for help.

When asked what he finds most disturbing about the surveillance footage, Titus [the police spokesman dude] said, "The fact that people went in and out of the store and didn't call police. There is a man laying there. Nobody thinks to dial 911 or check to see if he's OK or anything."

Why is this racism?  Well, if I tell you the kid who got killed was one Gurjeet Singh, and the customers (and the killers) were other-than-Sikhs, it would seem to indicate that the customers didn't actually care a damn if a Sikh kid got splattered.  Because if they'd cared, they would have called 911 while running away, or standing around, or shopping.  Or shop-lifting, as a careful viewing of the video may reveal somebody leaving without paying the dead clerk guy.

Please note that I, the Phantom, make no mention of the race of the customers.  Because that would be RACIST.  Y'all will have to watch the video and make your own determinations.  But let's just say if they were all white guys in Alabama it'd be wall to wall on CNN/ABC/NBC/CBS etc. but it isn't.  One day on Drudge Report is all this got.

This is my favorite part right here though.

At a news conference on Wednesday, community organizers demanded Gary police offer a reward for information about the case. They said the people of Gary needed financial incentive to come forward.

Because nobody is going to stick their neck out for free, right? Don't be silly!

Gary Indiana is the part of suburban Chicago down at the very bottom of the lake there, just so you know.  What famous guy who's flying high right now used to be a "community organizer" in Chicago, by the way?  No connection, just an interesting... coincidence.

Insulin shot for those OD-ing on the sweetness of The One.

Evidently there is a limit to the tolerance for balderdash in some of the MSM DemocRat faithful.  In San Francisco no less!

You can't blame powerful people for wanting to play the press to peddle self-perpetuating mythology. But you can blame the press, already suffocating under a massive pile of blame, guilt, heavy debt and sinking fortunes, for being played. Some of the time, it seems we're even enthusiastically jumping into the pond without even being pushed. Is there an actual limit to the number of instances you can be the cover of Newsweek?

Doesn't this all remind you of something?

I thought that the Maxfield Parrish, heroic days of the Kennedy Administration PR, where the press and the president were pretty much all in on the same screenplay and the same jokes, couldn't happen in our modern era, what with paparazzi and tabloids and talk shows, citizen sound-bite scavengers and voracious 24/7 news cycles. But now that the stumbling Bushes and smirking Clintons are out of the White House, time has compressed back on itself like the machine in the Denzel Washington movie, "Deja Vu." It's the early 1960s and Camelot all over again.

Posted by The Phantom at 8:27 PM No comments: