Well, it looks like the FBI have fully jumped the shark ladies and gentlemen.

An FBI SWAT team raided the home of an activist mother of four in Colorado on Tuesday, Nov. 16, knocking down her door, bursting into the house with guns and handcuffing her while she was homeschooling her children.

This is the first known case of the federal government making good on its promise to not only intimidate but actually carry out a raid on a mom who was involved in her local school board politics, said Brannon Howse, who interviewed Sherronna Bishop at Lindell TV Wednesday night.

It pays to take government guys at their word. If they say they're going to do something, you should believe them.

The U.S. Department of Justice and Attorney General Merrick Garland issued an Oct. 4 memorandum directing federal, state and local law enforcement to look for parents to prosecute nationwide who may have made "threats" and made "harassing" phone calls to school board members nationwide, equating such parents to domestic terrorists.

Now a mother, Sherronna Bishop of Grand Junction, Colorado, has felt the brute force of the FBI's heavily armed SWAT unit used against her family. 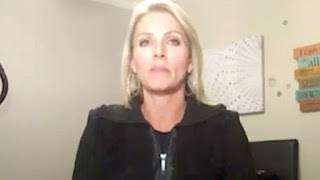 FBI SWAT team kicked in her door, forcibly took her and the kids into custody and cuffed them at gun point, tossed the place looking for "things", then fucked off without charging her with anything.

Besides being a frequent attendee at her local school board meetings, Bishop has also been active in the voter integrity movement in her state and locality. She runs the website Americasmom.net, and on that site she features an article and video under the title We the Parents: How Did We Get Here?

She said she has not been guilty of anything but speaking her mind in accordance with her First Amendment rights.

Yep. She runs a web site critical of the local school board. They sent the SWAT team in and did a dynamic entry raid on a mom and three kids. For. Real.
Looks like all those people that were being made fun of for leaving Colorado in a hurry were more right than they knew.
Posted by The Phantom at 2:44 PM