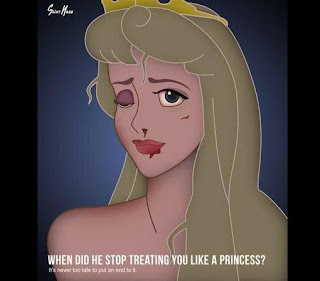 That is the title of the piece, and I couldn't have done better. Or worse, depending on the point of view.

Matt Cain, editor-in-chief of Attitude magazine, said: "It may have been a long time coming but this is a watershed moment for Disney.
"By representing same-sex attraction in this short but explicitly gay scene, the studio is sending out a message that this is normal and natural - and this is a message that will be heard in every country of the world, even countries where it's still socially unacceptable or even illegal to be gay.
"It's only a first step towards creating a cinematic world that reflects the world in which many of us are now proud to live. But it's a step in the right direction and I applaud Disney for being brave enough to make it - and in doing so hopefully helping to change attitudes and bring about real social progress."


It remains to be seen if audiences will agree with Mr. Cain, and pay money to bring their kids to see "this short but explicitly gay scene."

Because that is what we are talking about here. This is a kid's movie, not an adult movie.

Given the audience response to similar things in comic books, I very much expect that in twenty years this will be viewed as a "Fonzie jumping the shark" moment for Disney. Children's movies are not primarily intended as instructional screeds to uplift the barbaric masses of foreign countries, any more than comic books are.

This type of thing is like the old question, how many drops of pee does it take to spoil the soup? Can a children's movie this big survive one tiny scene with gay content? Probably. This year. The Clinton Archipelago dwellers will take their kids and say its cute.

Problem is, it does not enhance the movie. It does not make the movie better for 97% of the audience. The 3% of gay men in the population, they like it. But they are not going, because by definition they don't have kids.
From the Trumpland perspective, this is a Social Justice Warrior public service announcement in the middle of a fairy story for children. It is jarring, inappropriate and potentially a good reason to skip the movie altogether.

Think of it, Liberals. Are you going to take your kids to see Disney's first official 'reverse cowgirl' moment by Princess Bella and Gaston? Come on, this is a message that will be heard in every country of the world, even countries where it's still socially unacceptable or even illegal to be a slut! Get over yourselves, you uptight WASPs!

The Deplorable Phantom
Posted by The Phantom at 9:02 AM