The hill Liberals have chosen to die on in 2014. 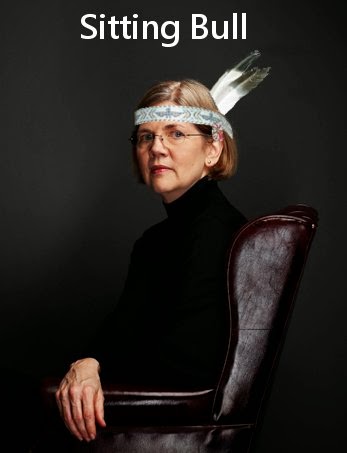 This is Elizabeth Warren's 11 commandments of progressivism. Moses got it done in ten, but then he was a private sector contractor.

In other words, same old sh1t dressed up in a brand new pile and buffed to a high sheen. Elizabeth Warren, living proof that you really can polish a turd.

Oh, and by the way, this is Lizzie's take on Conservatives:

And the main tenet of conservatives' philosophy, according to Warren? "I got mine. The rest of you are on your own."

Which is just SO last century. That was the old Conservatism. The New Conservatism is "Get out of my face beeotch!!!" Which you can tell by the fact that Conservatives are buying firearms and ammunition in such numbers that new sales records are beaten about every quarter.