Camile Paglia is an interesting girlie. Fabulously intelligent and talented, yet astoundingly blind on occasion, all at the same time. 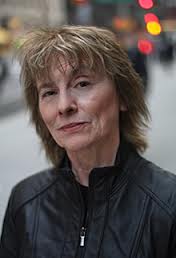 She wrote an interesting piece today in the Wall Street Journal. I picked it up on Drudge Report.

Here's what she says:

Does art have a future? Performance genres like opera, theater, music and dance are thriving all over the world, but the visual arts have been in slow decline for nearly 40 years. No major figure of profound influence has emerged in painting or sculpture since the waning of Pop Art and the birth of Minimalism in the early 1970s.


The Phantom... agrees! Visual art has indeed been a wasteland of dreck since the 1960's.


What has sapped artistic creativity and innovation in the arts? Two major causes can be identified, one relating to an expansion of form and the other to a contraction of ideology.

She then goes on to expand that Andy Warhol pretty much killed Avant Garde by using "gaudy commercial imagery" and print making technology etc, and that:

The art world, like humanities faculties, suffers from a monolithic political orthodoxy—an upper-middle-class liberalism far from the fiery anti-establishment leftism of the 1960s. (I am speaking as a libertarian Democrat who voted for Barack Obama in 2008.)


It is undeniably true that the "fine art" world has become a Lefty echo chamber, entry to which is closely guarded. Ticket in seems to be issued only to homosexual/lesbian atheists with a drive to shock middle class America. (I think she needs to give up on the "libertarian" self-description if she voted for Barry, the ultimate in Control Everything socialism.)

But I don't think that's what killed modern art. I think hate killed it.

Consider her discussion of modern visual art such as the "Piss Christ", versus her view of industrial design:

Creativity is in fact flourishing untrammeled in the applied arts, above all industrial design. Over the past 20 years, I have noticed that the most flexible, dynamic, inquisitive minds among my students have been industrial design majors. Industrial designers are bracingly free of ideology and cant. The industrial designer is trained to be a clear-eyed observer of the commercial world—which, like it or not, is modern reality.


Modern art has been shackled to the Left for certain, but even before that the modern artist has been much more concerned with "challenging" the culture they live in than making "art" because they HATE it. Andy Warhol just put the cherry on top of the steaming hate pile that had been building up since Art Nouveau, by hating art itself.

In my humble opinion, of course. Camile Paglia is a much greater scholar than I, but I think the kind of emotional process that produces "Piss Christ" or a print of a frickin' Campbell's soup can has a lot more to do with hate than anything else.

Paglia also mentions Minimalism, The Bauhaus movement, and I would add the Dadaists and a few more from the early 20th century were primarily reacting to the excesses of the Victorian Era.

Compare for example the frigid steel and lacquer of Bauhaus style furniture: 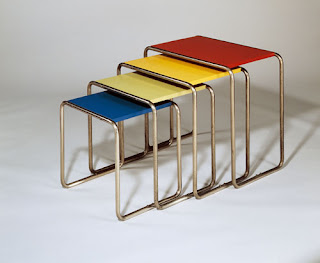 ... to the linear, four-square beauty of  Shaker furniture: 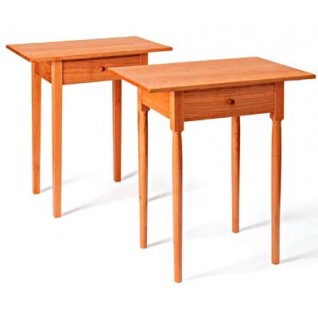 The Shakers created their furniture in praise of God as much as for functionality, the Bauhaus I argue was created as a rebuke to previous styles. It certainly feels like a rebuke when you sit on it. 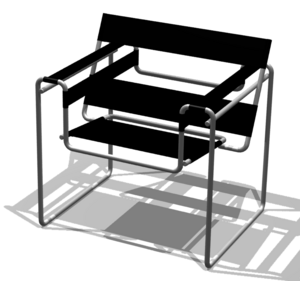 I have no problem with hate as an emotion, per se. Hate can drive great things, great achievements. It can scold, mock, expose and destroy, and those are good things to do when they are required. But it does not create. And that is the trap modern art is in, beyond all the politics and money issues. They're just fucking hateful.

Then she goes off on the iPhone.

Young people today are avidly immersed in this hyper-technological environment, where their primary aesthetic experiences are derived from beautifully engineered industrial design. Personalized hand-held devices are their letters, diaries, telephones and newspapers, as well as their round-the-clock conduits for music, videos and movies. But there is no spiritual dimension to an iPhone, as there is to great works of art.


The iPhone certainly has a spiritual dimension, over and above its value as a cultural artifact and its profound effect on our society. Its spiritual dimension is that it is a canvas, as well as a functional end in itself. The function is to communicate both one to one and one to many, what is being communicated is the artistic expression of the user. To me this is a bigger -artistic- impact on Western culture than anything since the Mona Lisa.

Consider something as silly as an iPhone game, Plants Vs. Zombies. That thing was created by a bunch of nerd kids in California. Its both a silly toy you play for a giggle and an intensely interactive piece of representational art, with music, video, drawings, all of it rolled up in a bundle. For five bucks from the iTunes store.

Never mind the iPhone, just compare the cultural impact of Plants Vs. Zombies or Angry Birds with "Piss Christ" and its entire genre of schlock-shock "art". Consider that those are merely the first two "hits" out of the gate.

Now consider the impact of 3D printing and CAD/CAM robot machining, which is getting to be starving-artist cheap very, very quickly.

In my considered opinion the "future of visual art" as constructed by Ms. Paglia is not threatened by the iPhone. That future -is- the iPhone, and ubiquitous computing generally. Because that is the place where highly motivated, highly accomplished kids are working right now. The next wave of great artists is going to be programmers.

Can you hear the screaming? That's the collective membership of every Ivory Tower fine art faculty in North America screaming "NOOOOOOOOO!!!!!!!!!!!"  You'll hear the Europeans in a bit, speed of sound across the Atlantic y'know.

Funny, there's an article in the Star today about Frieda Kahlo and Diego Rivera.
The writer admits through clenched teeth that Rivera's art was little more than Chipotle Socialist Realism. Not admitted, was Kahlo's narcissistic portraits are perfect for the kind of people (like Paglia) who voted for Obama simply for the leg tingles.

As for Paglia, her comments on industrial design are themselves an admission that "approved" 20th Century art as a whole has been written off by the culture.

LIntePhantom - have I ever mentioned how much I hate this impossible commenting system you have going? I just made a comment and it vanished, dammit. Because I was trying to calibrate it just so. Dammit.

And these "prove you're not a robot" things are so legible. Not!

Well, I hate nags, so I won't mention it again. May my mute disapproval be a continuous thorn in your side.

Okay. I was wondering - have you ever read "Sexual Personae"? I don't know what you think about Andrew Breitbart, but I was quite surprised and chuffed when I learned a few weeks ago that he'd said that reading that book showed him how inadequate his university "education" had been.

Paglia was very formative for me. She's wrong half the time at least on pop-culture stuff - trying to block out the fact that she voted for Barack - but I love her.

So did I overpost like 8 times (if I did I apologize), or did none work? I'm not that drunk yet. You see what I mean when I say I hate this "prove you're not a robot" shit.

Yes you did overpost about five times, I took those out. I was in the shower, so listening to all those extras coming in on the Blackberry was funny as hell. Bwaha!

The reason you don't get an acknowledgement when you post is that I have comment moderation enabled after the first 24 hours. This is to keep the spambots and trolls at bay. Some of them seem to think its funny to post obscene comments to things I put up two years ago, so now I can just delete them.

If you have a Google account it will just let you post, but perhaps I will look into Disqus. I kinda hated it when Blazing Catfur started using it, but maybe I'm just doing it wrong.

I have not to the best of my knowledge read anything with "Sexual" anywhere in the title in my entire life. So no. Camile Paglia's columns however I do read whenever she pops up, because she's extremely well read and I enjoy catching her out occasionally.

Because I'm just a bastard that way. :)

She seems to me one of those amazingly intelligent people who get most things right, but have a few beliefs they just refuse to examine. Because she lives in the Ivory Tower some of those unexamined beliefs lead to blindness about her chosen party.

Me, I just point at the gas crisis in California this week and point out that it is SELF INFLICTED, and furthermore her guys are the ones who did it. With her help.

Her issues with visual art are the same. Visual art sucks for all the reasons she said, for sure, but she can't seem to -own- it, you know? Kind of like a teenager standing beside a wrecked car, trying to blame other cars on the road for making him crash while he was street racing.

WiFi, I read the article you mentioned. I concur, that's a lot of fuss over two ancient commie perverts.

Paglia had the benefit of a real classical education, as well as postgraduate training as a classicist. When she's covering that ground, she's as good as Brietbart said.

The problems you and Phantom mention come in when her soixant-huitard politics say "yes" while her classical education says "no, and you know better".

So you didn't read Sex, Art and American Culture either I'm guessing.