The National Enquirer once again doing the job the MSM refuses to do.

A confidential investigation has learned that Obama first became close to gorgeous 35 year-old VERA BAKER in 2004 when she worked tirelessly to get him elected to the US Senate, raising millions in campaign contributions.

While Baker has insisted in the past that "nothing happened" between them, reports reveal that top anti-Obama operatives are offering more than $1 million to witnesses to reveal what they know about the alleged hush-hush affair.

Among those being offered money is a limo driver who says in 2004 that he took Vera to a secret hotel rendezvous in where Obama was staying.

An ENQUIRER reporter has confirmed the limo's driver account of the secret 2004 rendezvous.

Remember all those jokes about Michelle Obama and her batleth? This is going to get -interesting-.

BTW, just what is it with Democrats being unable to keep it zipped? Its like a disease with these guys.

Update! pic of Vera Baker. She's hawt. Could be, maybe. 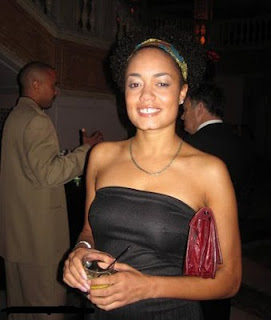