The update today, two days after Monday's atrocity on Yonge Street, is that there's no update. There is no further news. 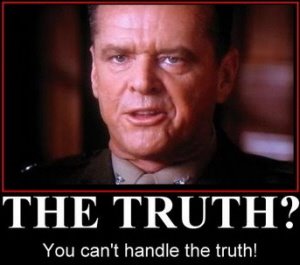 Well, there is "news," as in the police are dribbling out the names of the dead one at a time, with lots of coverage of each person. The names of the wounded have been posted too. Fortunately for me, nobody I know.

Then there are the inevitable pictures of concrete barriers rushed into place at Union Station to protect pedestrians, and the equally inevitable bleating by the usual morons about how we are "Sterilizing The City!!!" by putting up barriers. 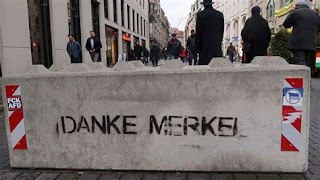 So far there's no graffiti saying "Thanks, Justin!" on the new barriers, but in the wise guys of the world's defense it's raining today, and concrete doesn't take paint well when its wet. First nice day, they'll be out there.

There is also a continuing buzz about "Incels" on the major Canadian media, which is a confirmed 4Chan troll. Clearly they know its a troll, and they're running with it anyway because they've got nothing and they want to make those Alt-Righties look guilty.

In actual news, the mayor of NYC knew all about this van driver guy on Monday. As soon as the name came out, US authorities said he was on their radar for terrorism. None of that is in the Canadian media. But it is in the Brit and US media, if you duckduckgo the driver's name.

So that's your update today; lots of sorrow, special interest pieces and kvetching about barriers, zero information about the van driver. In two days they've peeled him like a fricking grape, and he's rolling over on his grandmother at this point. We get told nothing.

Welcome to Canada, where "you can't handle the truth!" is public policy. Shut up and get back to work, taxpayer.

Update: Welcome, vast swell of readers from Instapundit! Incidentally, today is May 2nd and we still have nothing better than "Incels" from police and government officials. Apparently the newspapers are printing "some guy in the jail said off the record that Driver guy said..." and that's what passes for news in Canada. Terrorism? Mental Illness? Suicide-by-cop? Something else? We don't know.

" In actual news, the mayor of NYC knew all about this van driver guy on Monday. "

It qood be good of you to prove that with something.

If you want to know about that, Google it. It was a news piece, I can't be bothered to run it down. Mayor of NYS, or police chief, ex-police chief, something like that.

The reason I don't bother linking stuff like that is it doesn't matter anymore. Time was, facts and links mattered in an argument. Lately, even well-supported arguments with links to all sorts of corroborating material are dismissed. Get in a discussion with a gun-grabber some time, you'll rapidly find that -nothing- you say will move them.

Look where we are. A guy kills ten random people with a van, and the newsies are talking about "Incels". With less evidence than my mention of the NYC official, something I saw in passing on the day of the attack. They're running with Chad and Stacey. Really.

Think about it. Even if the guy IS all about "Incels" the actual issue is mental health, not "ciswhite toxic masculinity" which is what's on the pages of the Globe and Mail the last week or so. That one you can look up too, I'm not giving them a link.

Probably not the most reliable source especially since they are quoting a US law enforcement official anonymously - https://www.cnn.com/2018/04/24/us/toronto-suspect-what-we-know/index.html

"Minassian, 25, is from the Toronto suburb of Richmond Hill, police said. Toronto authorities said they had no previous interactions with him, but a US law enforcement official said he had been known to authorities."

I'd have prefered not to quote CNN, thanks for quoting it for me. ~:D

Yes, some US and Brit news did include statements from American officials that they knew this guy, zero mention of it in Canadian news.

That's my point. We don't actually know if American officials knew about the driver. CNN could have easily made that up, or the official could be wrong, or lying, or something else entirely. But there's ZERO mention in Canadian news, nobody called the official and reported on it, or if they did it was buried on Page 12 next to a sock advertisement.

But now -everybody- knows what an "Incel" is, right? If they'd run with a story that the guy thought he was Slenderman this couldn't be stupider.