"What is best in life?" Hollywood version

We all know Conan the Barbarian's answer to that question, but what's a Hollywood director's answer? Hanoi Jane plays Nancy Regan in a movie about the White House's butler. 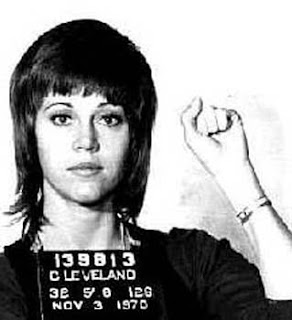 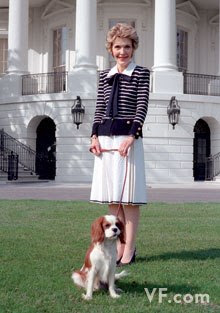 In the midst of recruiting an all-star ensemble for his long-gestating passion project "The Butler," director Lee Daniels has tapped Jane Fonda to play Nancy Reagan.

Based on a Washington Post report by Wil Haygood, pic follows Eugene Allen, the White House butler whose career started with Harry Truman in 1952 and ended in 1986 with Ronald Reagan.

Just in case any of y'all didn't know there was a war on, and who its with. No word if Peter Fonda, Dennis Hopper or Rob Reiner will play any presidents.

Well, Dennis Hopper died a couple years ago, but I wouldn't be surprised to see them cast Sean Penn as Ronald Reagan.

HollyWeird likes to keep us in the matrix of off-balance, socially and politically. That’s why we can watch an iconic wealthy liberal political activist slut, playing the role of a mainstay conservative icon and be dazzled in our subliminal confusion.