Sometimes... one is at a loss for words.

Coming to you from Small Dead Animals, a link to a person so fundamentally mental... I'm unable to really grasp what his malfunction is.

The Conservative government's bill to scrap the requirement to register long-guns comes with a surprising clause: it requires the Commissioner of Firearms destroy all records of registered long-guns.
<snippage>
But, personally, I find the destruction of any kind of government data utterly abhorent and contrary to the concept of open government.

In response, I'm posting publicly a copy of the gun registry database I received via the Access to Information Act in 2007.

We used this data in an Ottawa Citizen series called "Rapid Fire" that explored issues involved in gun ownership in Canada.

So here we have a guy, Glen McGregor, who views government records of private citizen's personal property as being so holy, so important, that he's going to post HIS OWN REGISTRY. To, you know, save it. Or something.
Here's what he says about himself, right off the mast head of his web page:

Ottawa Citizen reporter covering government, politics and anything else that interests me. Specializing in data journalism and Twitter evangelism. This is just a place to dump Hill droppings and other found items that are too long for Twitter. Follow me there at @glen_mcgregor or email me at sushiboy21@gmail.com. 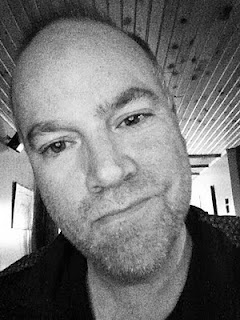 And we all wondered -why- the media never ever EVER gives us the straight unvarnished goods in a gun related story. Its because DICKHEADS run it.

So Glen, is it ok if I dig up your address and post it on my blog? How about a Google map and a StreetView of your house too? And maybe a list of your major appliances and more expensive possessions, you know, just in case anybody's interested?

Love to hear your opinion on that little undertaking, dude.

Currently awaiting moderation, as of 10:22 pm. So we'll see what Little Glenny has to say. I'm not expecting anything too coherent, I must say.

And yet, we're the danger to public safety.

Yes we are. Because public safety is whatever the Liberals say it is this week, and don't you forget it.

Like the picture? Maybe you'll see Glenny on the bus or whatever and be able to thank him in person, eh? That'll be exciting. :)