New York Times: "She was asking for it."

Shorter New York Times: "Well if you didn't want to get raped maybe you shouldn't have been wearing that mini-skirt, you slut!"  Via National Review.  Quoth The Times Editorial Board:

Some of those who draw cartoons of the Prophet Muhammad may earnestly believe that they are striking a blow for freedom of expression, though it is hard to see how that goal is advanced by inflicting deliberate anguish on millions of devout Muslims who have nothing to do with terrorism. As for the Garland event, to pretend that it was motivated by anything other than hate is simply hogwash.

Yep, Pamella Geller is a hatey hating hater, and She Was Asking For It. The bitch.

So its really no surprise that the FBI and DHS have cut her loose.

"They have not contacted me," Geller said about the FBI. "But of course we've now increased my team. I have a team now, private security, and NYPD counterterror has been in touch with me."

She said that in the same interview with Sean Hannity during which Anjem Choudary said she should be put to death for insulting Mo.

But hey, she was asking for it. Right? 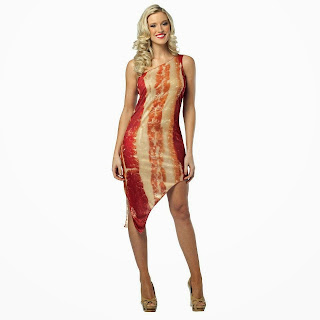 Pamella should do her next event in this dress.
The Phantom
Posted by The Phantom at 10:26 AM